DEV DEV: A Summer of Code

Justin Hoenke is the Head of Teen Services at the Chattanooga Public Library in Chattanooga, Tennessee. Check out his website at justinthelibrarian.com. [Photos via Mary Barnett] 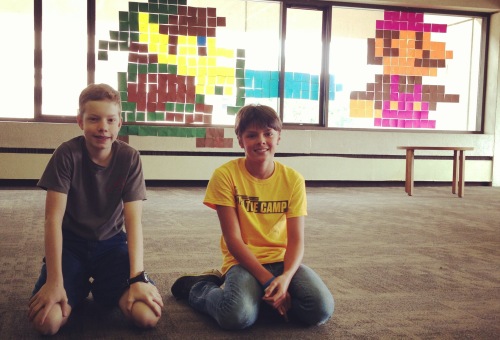 In July 2013, the Chattanooga Public Library hosted fifty teens ages 12-18 for DEV DEV: Summer of Code. Made possible through a partnership between the library, Engage 3D, AIGA Chattanooga, and by funding from the Benwood Foundation, the DEV DEV program was created to teach youth technology, programming, design, and much more.

After initial conversations in late April 2013 between all of the organizations mentioned, DEV DEV: Summer of Code was designed as a four week code camp for teens ages 12-18. During those four weeks, the teens learned about HTML, CSS, Python, and robotics. Each week focused on a different topic and as the program went on last week's topic informed the current topic. Tying everything together was the underlying idea that good technology, design, and process are all critical elements of making a project come together.

The classes were structured around working with technology, lessons about the subject of the week, unplugged activities, and guest speakers. Unplugged activities varied from creating window sized pixel art to students programming their classmates by writing programming instructions on pen and paper. The unplugged activities were key: they got the teens moving around and reinforced the idea that while technology is great to use for solving problems, sometimes a break to work things out in other ways is needed. 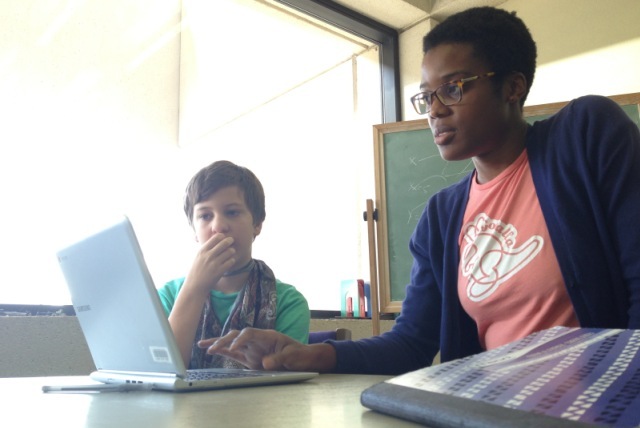 Guest speakers from the program gave the students insight into how what they were learning at DEV DEV can easily fit into real life. Libby Brittain talked about how a passion for technology and communication led to her current role as content manager for Branch and Potluck. DEV DEV partners DJ Trischler and Alfonso Gómez-Arzola not only provided their expertise in design to the course framework but also presented on the topic to the classes. Guest speakers were recorded using Google+ Hangouts, creating an archive of the topics discussed by the guest presenters at any time.

Steering the ship was Engage 3D Education Director James McNutt, who gave focus to the program and worked directly with all of the partners and educators involved in the program. His interest in online learning communities also helped give rise to not only one but two Google+ communities where DEV DEV participants could connect, troubleshoot problems, and learn: DEV DEV Google+ Group and DEV DEV Debug Google+ Group. The groups were so successful in connecting participants that posts were made in at all times; in the wee hours of the morning, late at night, and months after the initial camp had finished.

For many of the participants this was the first time they had stepped inside of a library in years. At first, there was a hesitation to almost every move made by the teens: were they supposed to be quiet all of the time? Was this program just like school? After about a week, the teens came to see that this wasn't just any library and instead, this was a place where they could explore anything they wanted. One teen, after discovering that he could use the library's 3D printer after DEV DEV, immediately started working on his own 3D printed belt which he then proudly wore to DEV DEV every day after. The effects from pulling fifty teens into the library for four weeks are still being felt to this day; teens that participated in the program have become library regulars and now act as grassroot library supporters, telling all of their friends about what can be explored in the library. 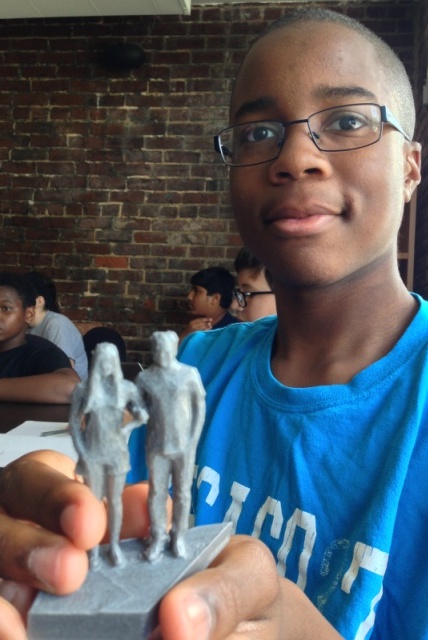 At the core, it was community collaboration which led to the success of the program. Each group that worked on DEV DEV brought in a unique perspective to the behind the scenes development and day to day classes. DEV DEV was not just a library program: it was a collaboration between community members that resulted in the creation of a learning community where teens, librarians, technologists, designers, and more came together to learn and help make the future of Chattanooga even brighter.

While the 2013 Summer of Code program has ended, DEV DEV lives on. In November 2013, DEV DEV: Init the Hack was hosted by Engage 3D. The program had teens working alongside technology and design professionals to envision and build projects from the ground up in twelve hours. One of those projects, Viditor, lives on and is still currently in development.

DEVDEV from colt helton on Vimeo.

Also check out the "home-brewed" video of the program, here: http://www.youtube.com/watch?v=ExBfcaNybEs