Take a Walk, Read a Book, Have an Adventure 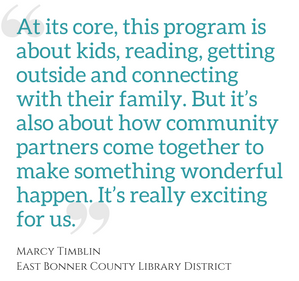 The East Bonner County Library District wanted to combine outdoor fun and reading to serve their community in a unique way. They found an opportunity to deliver a family-friendly programming activity when Kaniksu Land Trust (KLT) approached them with the idea of a StoryWalk® partnership. The community now has two StoryWalks to enjoy year-round.

A StoryWalk is an outdoor reading experience whereby a children’s book is deconstructed and the pages of the book are laminated and placed on wooden stakes or in permanent kiosks along a walking trail. In Bonner County, Children’s Librarian Suzanne Davis, selects and orders the books and then the staff at KLT laminate and post the story along the trail. For the inaugural ribbon-cutting event in 2016, The Library, KLT, and the city of Dover (population 560) invited staff from the city and local veterans to lead groups of elementary school children and read the book together along the walk.

After installing their first StoryWalk in 2015 using a temporary system, the land trust decided to purchase and install permanent kiosks to support long-term use, creating a sustainable program for the community. Marcy Timblin who supports public relations, marketing and community development at the East Bonner County Library District (The Library) shared this, “What I love about this program is that it gets us outside of our four walls. We are a community institution, and it is so nice to be able to demonstrate that we are integrated in the community.” 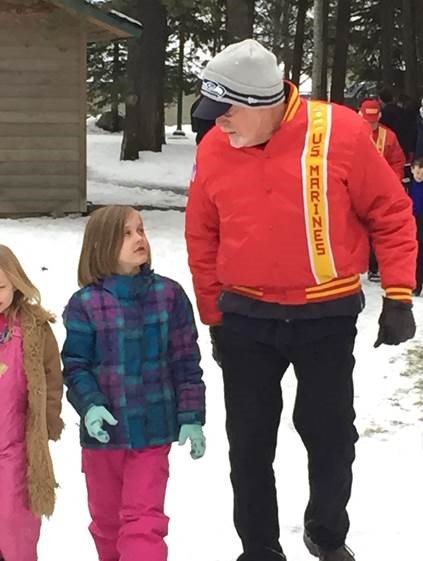 StoryWalk is an inspirational program created in 2007 by Anne Ferguson in Monteplier, Vermont when she worked for the Vermont Department of Public Health. She found a tremendous ally in her local library, the Kellogg-Hubbard Library and through their collective efforts, a StoryWalk has been installed in “all 50 states and 12 foreign countries.” The idea just resonates in so many communities, including Northern Idaho!

The Library and KLT recently opened a second permanent StoryWalk in the city of Ponderay (population 1,100) in a fairly new city park. Because the location of the new park was not yet familiar to the community, a nearby animal shelter agreed to help raise awareness of both the park and the StoryWalk by joining the partnership for the grand opening of that site. City officials were pleased to see the partnership expand when a locals seniors group was enlisted to lead local school kids on the trail and in the activities inside the animal shelter.

The importance and value of the partnerships that made these StoryWalks possible was a clear benefit to The Library. Timblin shared these thoughts about the experience, “This has been so valuable because of the ability it has given us to partner with other organizations. The city was excited because the program provided exposure to the public about a new city resource, the park. Kaniksu Land Trust’s  mission to get people outside was fulfilled. The library benefitted because it demonstrated our commitment to our community. The city wants to emphasize the importance of community and felt the partnership was hugely valuable because it brought together senior groups, animal shelter, local schools, the library and the land trust. We all get something meaningful out of this.” 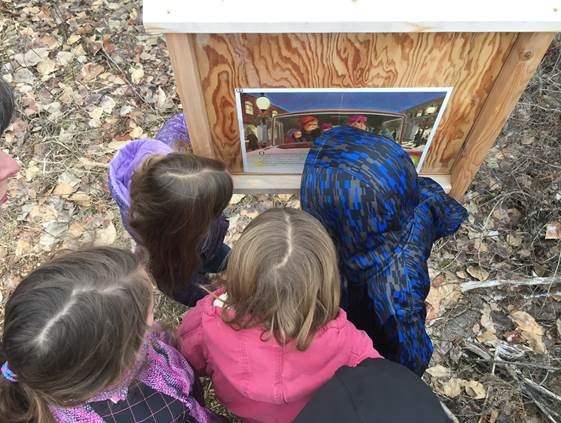 A new StoryWalk was installed in the playground at a local elementary school in early December.

“The Library and KLT continue to work to improve visitor experiences at StoryWalks, and to identify new locations for the community to read outside,” Cami Murray, KLT’s Programs and Development Associate said.

Sounds like a great way to spark a love of the outdoors and reading at an early age.

Additional resources and information about StoryWalks:

StoryWalk is a registered trademark of Anne Ferguson.