Shoestring Digital Media Lab: How one little underfunded library made it happen 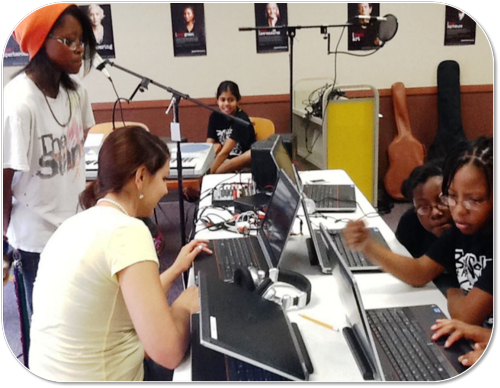 The year was 2012 and several large public libraries were pioneering high-tech digital medial labs as an innovative approach to engaging a diverse audience of teens. Tameca Beckett attended PLA in Philadelphia as the Youth Services Librarian for Laurel (DE) Public Library (service population: 15K; residents below poverty level: 36%). As she listened to a presentation on the transformational aspects of a digital media lab, she went through a rapid cycle of elation to dismay to resolution.

- Elation: Beckett imagined how such a lab could change the lives of the youth she works with, how it could open up possibilities to them and motivate their learning.
- Dismay: When Beckett realized that the price tag for these labs was upwards of $30,000, she said to herself, “No way is that going to happen in my little library.”
- Resolution: Beckett decided to shape her own reality, that she didn’t need to be confined by the $30K reality of other libraries. “I’m just going to hack this thing.”

Beckett believes in not being afraid to start with almost nothing. It’s like rolling a snowball—just start rolling a little ball and see how big it can get. For the media lab “snowball,” Beckett already had laptops for starters. She researched a basic list of equipment that would be enough to get teens intrigued and give them something to experiment with. It included microphones, speakers, audio mixers, and cameras. She used free software for recording/editing (Audacity) and for photo and video editing (Microsoft). [See the full list of starter equipment - pdf.]

The digital media lab opened in a small room and the teens took to it immediately. Beckett’s 15-year-old daughter had grown up around this kind of technology and she initially did most of the training. Soon however, the kids just started playing around with the equipment and training each other. They gained confidence that they couldn’t really mess anything up and they gained pride in their ability to create and grow. As participation in the lab became more intergenerational, the youth got to be the knowledge experts in teaching younger and older participants. They developed a feeling of ownership of the space, building community bonds spontaneously in an environment that is primed for connection. For Beckett, the digital media lab concept “went from this big huge scary thing that could never happen to look at these young people right now using the digital media lab.” 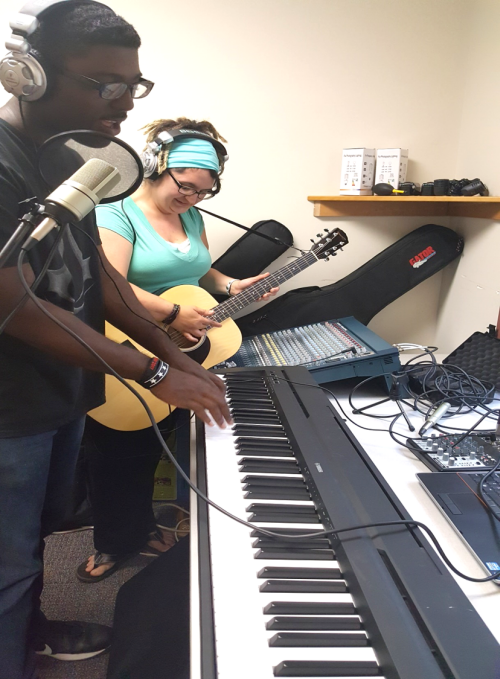 Word got out in the small Laurel community that there was something exciting happening at the library. With the impression this starter digital media lab made on patrons and community stakeholders, Beckett and her director found new ways to fund a more complete lab. First a local group heard about it and gave some money. Then the Delaware Division of Libraries provided funding for additional technology. Beckett looked for and won a grant to obtain robotics equipment. On top of it, support from the community snowballed. “Now everyone wants to support what we’re doing.”

“Data, data, data” is a key part of growing a starter effort into something bigger—collecting data and figuring out what to assess and how to evaluate the impacts. “We are part of an educational ecosystem, so we need to step up our game,” says Beckett. “Counting heads is not enough.” In a small library, it can be very effective to do informal assessment by simply talking to people. Ask them, “What are you learning? What are you excited about?” And continue the conversations week by week for a cumulative qualitative view of how the community is experiencing the service and programming.

Beckett, who is now director of the Laurel Public Library, says the digital media lab is still going strong four years later. A “block party” at the library last year provided a heartwarming testimonial to the power of the community’s collaborative learning as a result of the digital media lab. Beckett’s daughter, who had spent formative teens years in the lab, came back from college for the event and performed a spontaneous rendition of Stand By Me. Everyone in the room joined in as one inspired and diverse community voice.