Public Libraries: A Haven to the Homeless 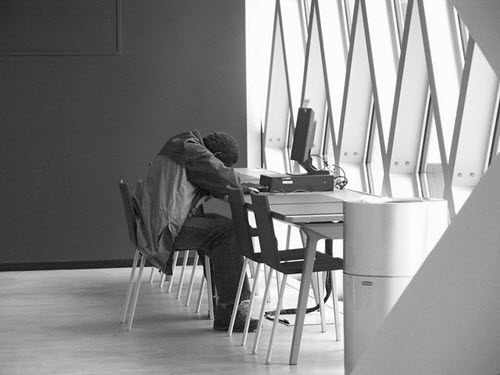 When skeptics question the need for public libraries in an era when digital books and materials seem to keep patrons away from the physical space of the library, they make a major assumption. They assume that public libraries are only custodians of printed books.

In addition to offering books and related materials both in print and digital formats, libraries provide a community space in which services like story times, computer classes, language development workshops, and career counseling can help community members develop essential skills. Many libraries offer services to help their patrons gain technological literacy, for instance, where parents find resources to develop their children's cognitive skills, and where workforce members learn or further their skill sets.

As a recent Reuters article by Ian Simpson emphasizes, public libraries have played a key role in providing shelter and other services to the homeless whose numbers have increased during and following the economic recession of 2007 - 2009. There were 610,000 homeless people recorded living in the US in January of 2013, and almost 400 homeless people have been killed in hate crimes over the last 15 years, according to the National Coalition for the Homeless.

When people are left stranded on the streets and victimized for no reason, it is the 9,000 public libraries across the United States that have stepped up to help people in their hour of need and extended their services to reach the homeless. Between 2004 and 2011, most libraries have raised their homeless outreach programs by 47% in order to serve the institution's larger social and community mission. 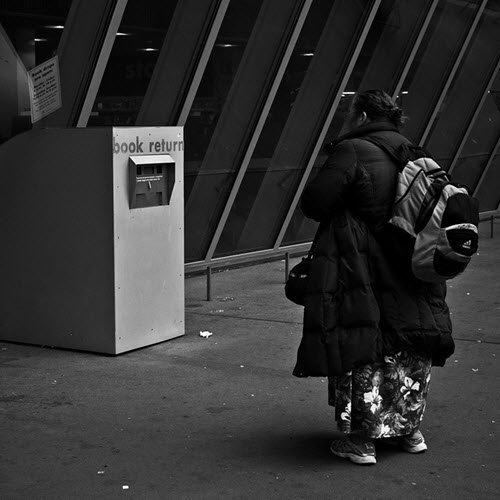 Several libraries also serve the professional needs of the homeless by offering programs that help patrons develop and hone skills to re-enter the workforce. There are a number of good examples and resources on WebJunction's Workforce Services page for those who would like to learn more.

Of course such services by public libraries have not gone without their critics. Many patrons have complained that homeless people in the libraries disturb the atmosphere by sleeping, showering in the restrooms, by being loud and unhygienic, among others. Some libraries have responded to patrons' feedback by setting guidelines for acceptable behavior and conditions of the homeless seeking refuge on their premises. Washington libraries, in their 6-page rule book, clearly indicate that the homeless with alcohol, bare feet, oversized bags, and foul-smelling clothes that can be detected from 2 meters (6 feet) away will not be permitted.

In his article, The Problem Is Not the Homeless, Stephen Lilienthal identifies some model approaches to how libraries are tackling homeless populations in their buildings. San Francisco Public Library hired Leah Esquerra, who walks through the building several times per day:

A typical day for Esguerra begins with a meeting of the library’s Health and Safety Associates (HaSA), formerly homeless men and women who were clients of the city’s Homeless Outreach Team (HOT). HaSAs now work part-time shifts as interns for the library. Later, she and the ­HaSAs walk through all public areas of the 376,000 square foot main library. HaSAs provide peer counseling, relating their own experiences with homelessness, and offer information about shelter and food. During that walk, Esguerra assesses users to determine their need for government assistance and treatment of health and mental problems. 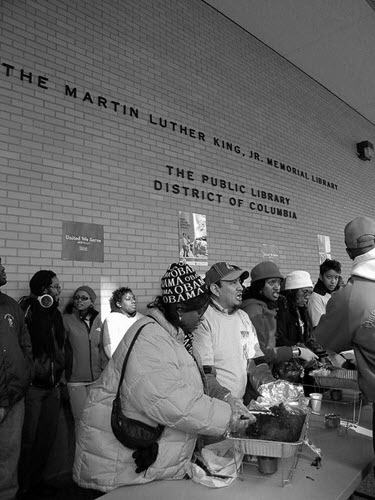 Librarians at New York's Queen Library and the Denver Public Library are also reaching out to their homeless populations to not only provide shelter, but services:

Terrile makes ten visits a year to homeless shelters, coordinating with the city’s Department of Education family shelter liaison. At the shelters, she talks about what the library offers, reaching out to parents as well as children and teens. Those visits remind her that parents can benefit from computer access and training as well as job search help. “Families and parents have information needs, too,” she says.

Melanie Colletti, a librarian at Denver Public Library’s (DPL) Community Technology Center, says the library uses quarterly visits to the Gathering Place, a day shelter for homeless and low-income women, to acquaint women with technology and the library.

In 2011 WebJunction hosted a webinar on the Working Together Project and ongoing Community-Led library efforts, which included work with homeless populations. Ultimately, far from being a repository of books and DVDs, public libraries continue to serve their communities by addressing a critical need - offering not only a sanctuary, but also important services, to the homeless.

See also, WebJunction's collection of links to Resources on Libraries and Homelessness.