Legal Reference at the Library—Building Skill Through Practice

For many library staff, the most intimidating questions posed by patrons are those that involve legal issues—an area in which librarians often have little or no expertise. Yet there are valuable ways that public libraries can help guide people toward positive legal outcomes.

To highlight some strategies that public library staff can use when responding to legal questions, WebJunction will published a series of stories that share the legal reference experiences of library practitioners. We hope this series, “Legal Reference at the Library,” will prove both inspiring and educational. (Read Part II of this series here.)

This first story features the experiences of Luis Interiano, Reference Librarian at West Baton Rouge Library in Port Allen, Louisiana. It follows Luis’ journey to finding his footing and to building his skill and confidence in providing legal reference to his patrons through practice and adherence to basic reference principles.

In his LIS program at Louisiana State University’s School of Library & Information Science, Luis completed two reference courses, which provided general preparation for reference services and only touched on general legal reference online resources at the federal, state, and local levels. Over the past ten years on the reference desk, he has learned on the job. Initially, Luis did not have much confidence and found legal questions intimidating. One challenge he faces is that civil legal questions come across his desk infrequently, so answers are not always on the tip of his tongue. As Luis works with patrons on legal questions, he is careful to provide disclaimers on the type of services he can offer as a reference librarian.

Of all the patrons for whom he has provided civil legal reference, most don’t return to the library to let him know the outcome of the issue, either positive or negative. But a few specific cases do stand out as successful interactions that had a positive impact on individual’s lives.

This real-life example of how civil legal issues might come up in your library demonstrates how helpful public library staff can be in a very significant situation. Luis tells his story in his own voice.

Knowledge is of two kinds. We know a subject ourselves, or we know where we can find information upon it. When we enquire into any subject, the first thing we have to do is to know what books have treated of it. This leads us to look at catalogues, and at the backs of books in libraries.

A young patron asked me to help her find legal forms to obtain custody of her young child. I first searched the Gale US Legal Forms database and found 67 forms relating to child custody. As I expected, she asked me which one she should use. At this point, I gave her my standard disclaimer—that I could help her sort through the results if she knew which form she needed, but that I could not advise her on which one was correct for her case because then I would be practicing law without a license.

As I showed her examples on-screen, she offered some details of her case: she was not married to the father of the child, a two-year-old girl, but they had been living together for two years and had been engaged to be married. For various reasons, she broke the engagement and asked the father to move out. At first, visitations were amicable, but when she tried to create a set schedule for visitations rather than weekly discussions about custody, the father, who had some experience in the courtroom and had an attorney due to his prior legal problems, threatened to seek full custody of the child and have her raised at his parents’ home in another town. My patron was very afraid because she had no experience inside a courtroom. I felt pressure—not from the patron but from the importance of the situation—to try to find some information that might help her.

In library school, we were trained to regard every reference request from any patron as being equal in value to any other so that a request for child custody forms carries the same weight as one for the next book in a popular fiction series. In practice, that even-handedness is difficult, but it is still a goal I strive for. If a patron asks me a standard reference question, I do my search and find authoritative sources, but I feel no pressure. However, when a patron says she may lose her child if she does not take some legal steps, the situation feels much more serious to me. Yet I do my best to provide equal service to a patron asking a general reference question as a patron asking a legal question. 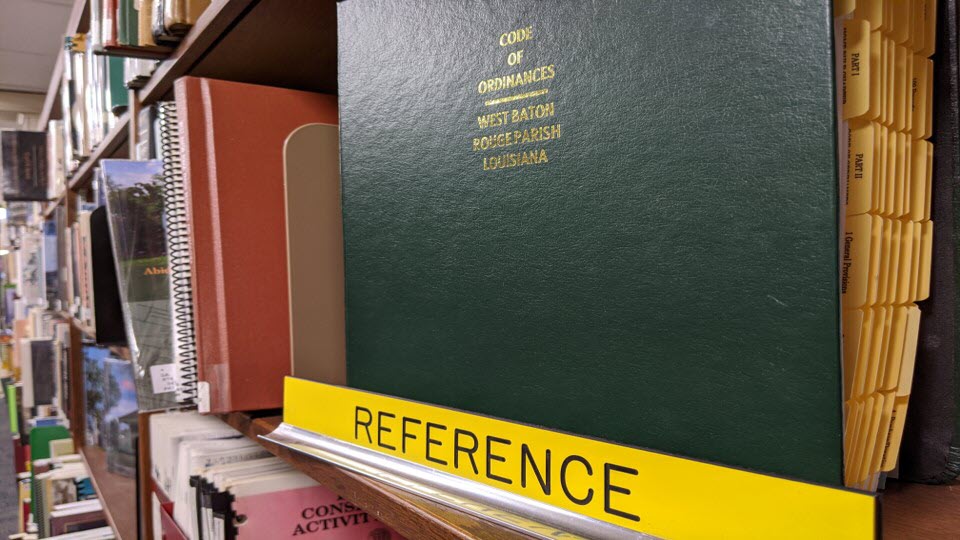 Sometimes details of a legal case can help to narrow down the possibilities for my reference search, but that only happens if the patron volunteers details. I make it a rule to limit my questions in the reference interview to generalities. I never ask for too much detail in legal or medical reference cases because I want to respect the privacy and emotions of the patron, and given the relatively small parish (25 thousand) and town (3 thousand) where I  live and work, I need to maintain a professional distance to avoid personal entanglements.

The patron said she had no knowledge to use in choosing from among the 67 results, so I advised that she speak to an attorney about how to proceed. She said she had no funds for a lawyer, so I gave her two contacts that I have bookmarked:

Again, rather than letting her go home empty-handed, I printed three custody form packets for her and stressed that these were only examples that might be useful for her to familiarize herself with the information and format required by the courts, and that under no circumstances was I recommending that she use these forms. Only an attorney could advise her on that.

Finally, I gave her the schedule of a monthly legal assistance program that our library has arranged with the two above legal aid organizations, where they send an attorney to the library once a month for two hours. Patrons can register beforehand and receive a 20-minute private consultation with that attorney on any civil legal matter.

The patron returned weeks later to check out best seller novels and gave me some feedback on her situation. She had informed the father of the child that:

After she had informed the father of the child of the actions she had taken, he became much more amicable about arranging visitations and ceased to threaten to get full custody of the child. Although there was no way to prove it, it seemed to me that the legal assistance our library provided this patron brought about a major change in her legal issues without her having to spend any significant amount of money. She did not require the services of an attorney, and she said she felt that her custody of the child was more secure simply because the library told her where to go to find more information. This feedback confirmed for me the strong impact that everyday library service can have on individual lives and on the communities we serve.