Connecting with International and Immigrant Patrons in Their Own Languages 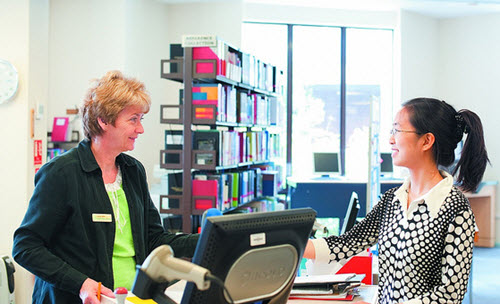 Many public libraries across the country offer specialized classes or programs to reach out to their non-English speaking patrons. For example, in order to help its adult patrons develop English language skills in speaking and writing, the King County Library System (KCLS) in Washington State offers a wide range of classes. The Valley View Library offers a class called 'Talk Time' in which adults whose first language is not English engage in an English conversation class in order to develop fluency in speaking. The Redmond Library hosts a class called 'English for Work' in which trained librarians and staff teach basic English language skills required in work situations. Such a class equips adults to learn the lingo of workplaces where they have to prove themselves professionally.

We can imagine how helpless patrons may feel when they cannot express themselves in English at work because they do not know the exact words to use. What is commendable about classes such as 'Talk Time' and 'English for Work' is that they provide everyday skills that one must possess in order to succeed in a professional atmosphere where the primary language is unfamiliar to the employee. 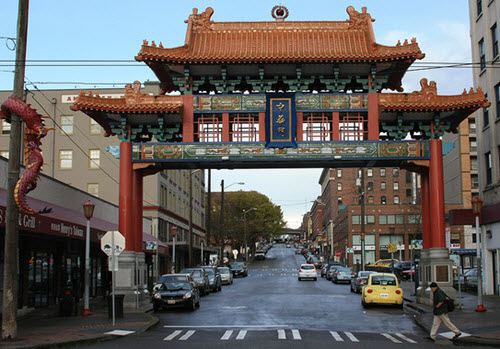 Talk Time classes are also being used to develop language skills for non-work related places. When patrons get an opportunity to discuss what they observe and learn about American culture and learn to express their views in English, under the friendly guidance of the library staff, we understand that our patrons are beginning to feel comfortable in a new culture. Gradual linguistic grasp forms the foundation of cultural immersion.

The classes mentioned above help new immigrant adults learn the language skills to survive and succeed in the American workplace. But how do we address the elderly among these populations who do not need to go to work? For example, neighborhoods such as Chinatown in Downtown Seattle have many non-English speaking adults who do not form part of the mainstream workforce. Their children and grandchildren go to school and work. How can we, libraries and librarians, help their information needs?

The Chinatown branch of the Seattle Public Library holds several CDs, DVDs, and books in Chinese, Japanese, Korean, Vietnamese, and English in order to help its community members. The branch also employs bilingual staff to assist the information needs of its patrons. Finally, the branch offers its webpage in multiple languages, such as Chinese and Vietnamese. Making library content, including services, available in languages familiar to the community helps bridge the cultural and linguistic gap and operates as a gesture from the library that it has taken the initiative to assist its members' acculturation. 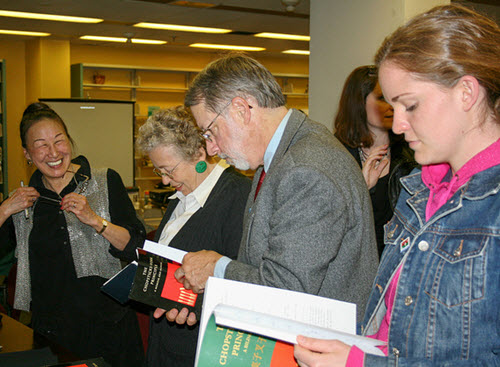 Some academic libraries are also heading the same direction in recognition of the language needs of international students. Rutgers University Libraries has created an excellent page for its international students. Based on extensive surveys about the primary non-English language needs on the campus and community, RUL has developed glossaries of library-related terms explained in those languages. This multi-lingual service assists international students and scholars in becoming familiar with the terminology used in academic libraries which, in the long run, helps them locate the research resources they need. When a student from India or China cannot distinguish between 'Book on Hold' and 'Course Reserve', it is difficult for them to explain to the librarian what they really need. This communication gap happens primarily because the same services are called something else in their home country. Expert librarians sometimes don't recognize when misunderstandings results from a cultural gap and it is foolhardy to expect librarians to know these terminologies in many different languages. Effectively, a webpage featuring these definitions in different languages will help the patrons make the transition to an American library's terminology more simple.

In addition to all the services that libraries around the country offer to their non-English speaking or ESL patrons, it may be a good idea to develop web pages in the different languages their patrons speak. We provide our best service when we best meet our communities' needs. Won't we serve better if we anticipate those needs? Taking one extra step from our side will go a long way towards helping our communities who speak other languages than English.