Part One: Colorado, Idaho and Montana 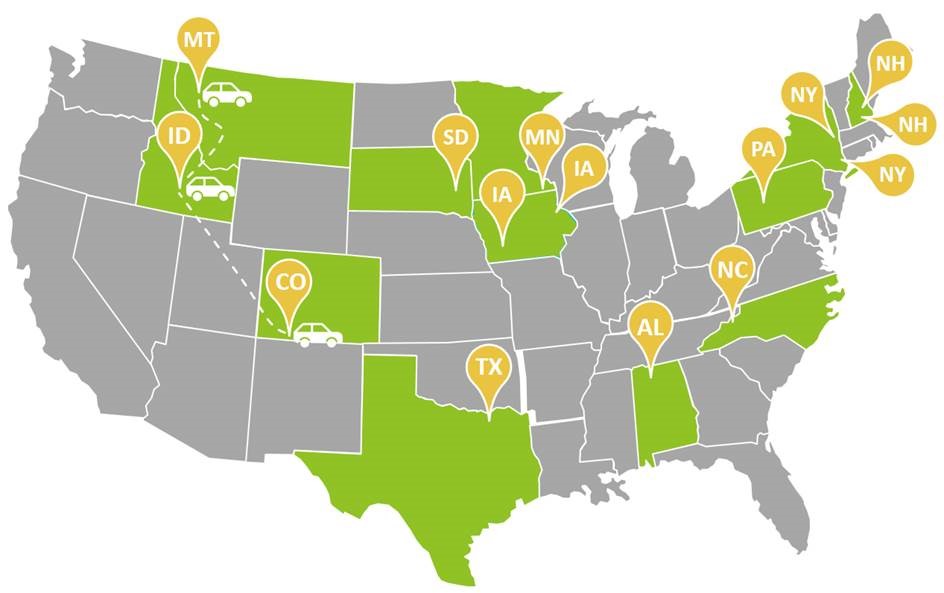 Small Libraries Create Smart Spaces is a new project from WebJunction just getting underway. More than 100 libraries applied, and 15 small and rural libraries were chosen to participate in this project, which will support them as they reimagine and reconfigure their libraries into smart spaces. The cohort of 15 libraries formally kicked off the training this month, and while they are focused on learning, let's learn more about them! Join us on this four-part virtual road trip around the US to meet the 15 libraries and their communities—first stop, Colorado, Idaho and Montana!

Our first stop on this virtual road trip is Ignacio, CO. This small town of about 700 in southwest Colorado is part of the library's 5,673-person service area, a large part of which are ranchers and farmers. The town describes itself as a "tri-ethnic community" 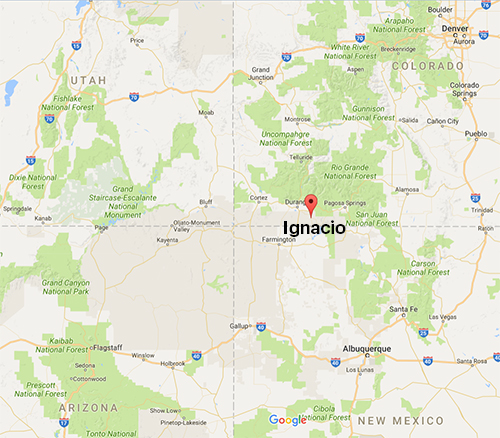 comprising whites, latinx, and Native Americans. "The diversity of our community alone makes us unique, but our unity and ability to work together also separate Ignacio from other small towns," says Marcia Vining, Library Director.

"We are a rural agricultural town that borders the Southern Ute Tribal Reservation. One aspect of our community that is unique is a focus on self-reliance, self-sufficiency and sustainability. This focus creates an atmosphere of interest in learning that is unusual and exciting."

Vining describes Ignacio Community Library (ICL) as "a focal point of the community that provides a variety of learning opportunities. We host literacy programs, book clubs, children and teen programs, and a maker space to name just a few."

By participating in the Small Libraries Create Smart Spaces project, Vining hopes to better serve more of the community and in multiple ways with a flexible space and a learning mindset. 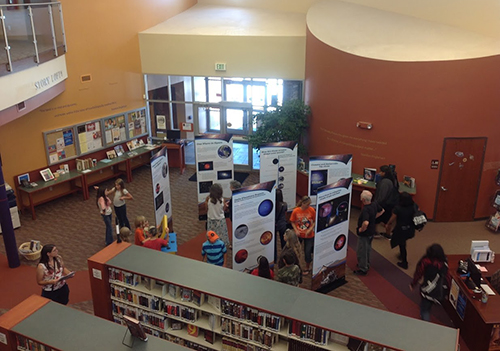 ICL has experience reaching the community and getting input on direction, which will be a key part of the Smart Spaces project. When they set about strategic planning, for example, the library used surveys, interviewed stakeholders and community members and set up tables at locations in the community to gather opinions. That includes groups, agencies, businesses—both library users and non-users—as well as schools and the Southern Ute Tribe. As a result, Vining says, "The library staff came away with a better sense of what the community values, what it needs and what it expects from its library."

We look forward to seeing how the Ignacio community will help guide the transformation of the library's space and programs as part of this project! 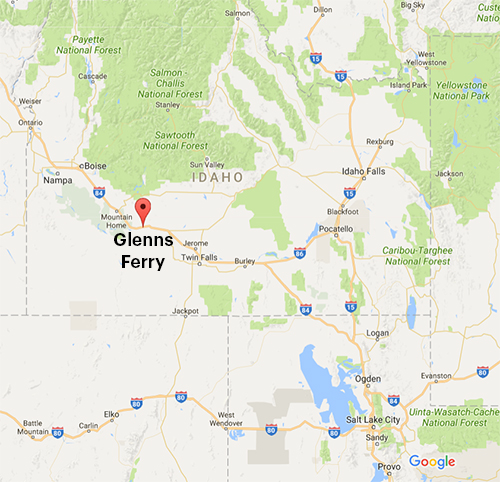 Jump in the car, it's time to head north and west to Glenns Ferry, ID! This is quite a trek, clocking in at least 11 hours of driving. We'll cut diagonally across Utah, (taking a break to see the iconic Arches National Park, of course), and right through Salt Lake City. For a good night's rest, I'd recommend a little camping stop on the oh-so-quiet Antelope Island State Park—with free-ranging bison!—just north of the city on the Great Salt Lake. From there it's onto Interstate 84 north and west, skirting along the south part of the state past Twin Falls and into Glenns Ferry.

Glenns Ferry is right on the Oregon Trail where pioneers and commerce alike crossed the Snake River (the largest tributary to the mighty Columbia River). The town grew as the Oregon Short Line Railroad was built in the early 1880s. Ever since, life keeps speeding up and through, as U.S. Route 30 and then Interstate 84 were constructed, cutting through the town and across the country. 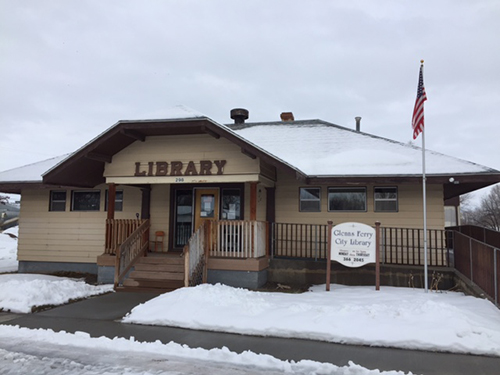 With a service area population of 1,241 and an agriculture-centered economy, Glenns Ferry Public Library Director Jennifer Trail says, "We are a town where everyone knows everyone, you can charge on your local account just about anywhere you go, and deals are still made over coffee and a handshake."

Trail has been the director for the last year and as the sole employee has led some ambitious work, including a major weeding project to make room for programs. She also participated in programs through the Idaho Commission for Libraries that assist libraries with getting books in kids' hands. "Using these books, along with several books that our generous community had donated, I was able to build a large supply of books that I could hand out to people no strings attached and reach every age group," says Trail. Every chance she had, Trail distributed books to kids—during the summer reading program, a family STEM event at the local state park, story time and even the Fourth of July parade!

The books were not only a way to spread a love of literacy but also a great way to reach people who weren't regular library patrons. 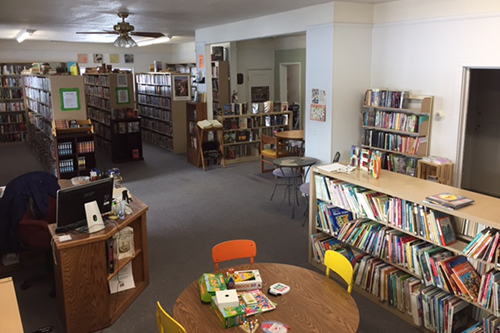 Reaching out and uncovering the needs of the community have been high priorities for Trail since she came to Glenns Ferry Public Library. She says, "As part of my orientation to the job, I felt it important to communicate with major groups in my community and find out what the needs are. I had candid conversations with teachers, employees of the local state park, members of the library board, residents of our assisted living home and members within our Spanish speaking community. All groups felt that residents in our town needed easier access to books and programs."

Trail has identified the need for young people to have more access to out-of-school learning opportunities, especially since the local school doesn't have an after-school program, and the library is an ideal place in town for all members of the community to learn. Trail sees a great potential to work with other organizations to help fill this need. "In a small rural town it's important to work together to fill the community's learning needs."

Trail has implemented STEM-related programs, which have been well received, and through the Small Libraries Create Smart Spaces project she hopes to create flexible space for more active learning programs.

"They say the first step is the hardest and I've done that during the past year in beginning to transform the library to a viable and relevant establishment of the future," says Trail. "I'm looking the library with a fresh set of eyes, hands that are not afraid to work, and a huge heart that believes deeply in the cause." 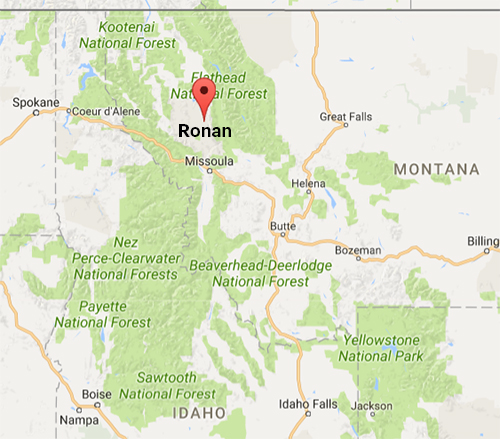 Okay, time to head nearly due north (as the crow flies) to our next stop: Ronan in northwest Montana! Without breaks, the trip takes about 8 hours, but why go on a road trip, if you don't want to make a few scenic detours?

Less than three hours into the drive is Craters of the Moon National Monument & Preserve, which is not to be missed for its eerie, other worldly landscape. There are national forests galore all along the drive up Interstate 15 into Montana and copper country as we skirt past Butte, MT, onto I-90 where we'll actually head back west a tic. The trip up 90 is beautiful country, worth a night in a cabin around one of the many lakes and rivers; once we hit highway 93, we’ll go "straight" north to Ronan, just a dozen miles south of Flathead Lake and surrounded by the stunning Mission Mountains.

Ronan is located on the Flathead Indian Reservation, home to the Confederated Salish and Kootenai Tribes. The town proper has a population of about 1,900, while the Ronan Library District's service area population is 8,645. With four full-time staff and 180 average daily visitors, the library is outgrowing its 3,670 sq. ft. building. 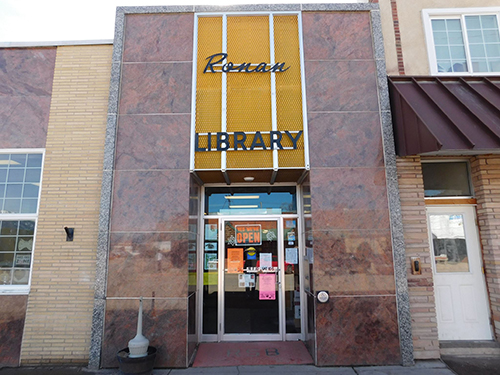 Michelle Fenger, Library Director, says that "the ethnically diverse individuals of the area work together trying to create a better place for the future of our children." In fact, half of library visitors are children, and Fenger would like to see the library support an active learning space, saying "Parents and children especially need a place to be encouraged to learn together."

An important part of the project will be engaging with the community and partnering with local organizations, both of which the library has experience in. One example is the way the library, which was a city library until 2013, was able to rally support after several years of cuts.

"The library was on the verge of having to close its doors and no longer serve the community that needed it so desperately," explains Fenger. "The budget provided by the City of Ronan continued to decrease to the point that two of the three staff members were laid off and the library had to cut hours. Each year funding got less and less, while the need for a library increased tremendously. Many people in the area cannot afford technology or transportation. With decreased Library hours, these people had a difficult time applying for jobs and filling out documentation that needed to be done online."

In response, the library, along with influential community members, formed a group to create a library district with a stable funding base. 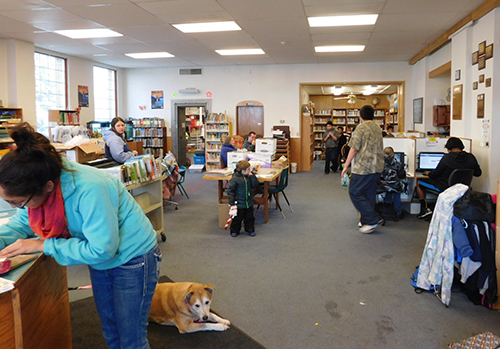 "This group made presentations to community groups, talked about it while standing in line waiting for a service, handed out pamphlets, created a Facebook page and more," says Fenger. "We asked for input from community members while doing each of these tasks and created a survey."

By attending community events, presenting at community gatherings and even asking citizens walking down the street, the group reached many people who may not have otherwise know about the library's services. The group also engaged local business owners, the radio station, newspapers and more. "We knew we had to let people know they could lose the Library, so we engaged everyone we possible could to help spread the word."

And all the effort and community outreach worked! "Though this initiative meant an increase to personal taxes, on May 7, 2013, the Ronan Library District passed with 69% of the vote. In the three and a half years since, the library has increased hours, staff, programs and usage."

Now, Fenger says with the Smart Spaces project, "we could improve our space and invite more community members to help bridge the learning gap. Projects that could bring together community members may include coding clubs, computer literacy assistance, adult education, tutoring and more."

Stay tuned to WebJunction to learn more about the steps all these libraries will be making to engage their communities and provide opportunities for active learning and engagement.

Time for this Virtual Road Trip to get back on the road and start heading east—next stops include South Dakota, Iowa and Minnesota!

This two-year project is made possible by a National Leadership Grant from the Institute of Museum and Library Services and is implemented in partnership by WebJunction and the Association for Rural and Small Libraries.