Friend Speed Dating: a Program for People in their 20s and 30s 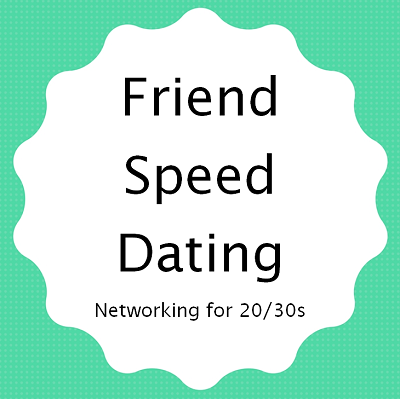 This article was first published on the blog Karissa in the Library, and is republished with permission. Written by Karissa Alcox, a public librarian in southwestern Ontario, Canada, the blog is an excellent resource for programming and display ideas.

I hear from 20/30s all the time that they struggle to find new friends in the area. It's hard to leave university behind—where there are countless opportunities to meet people—and join the working world. While many are finding each other on Meetup.com or other library programs, I thought it would be helpful to dedicate an entire program to intentionally getting to know new people.

I'll admit it—this was a risky program! The idea of "speed dating" is a scary one to most people, and it can seem very out of place at a library. However, this isn't normal speed dating. It's Friend Speed Dating. And it's adorable. 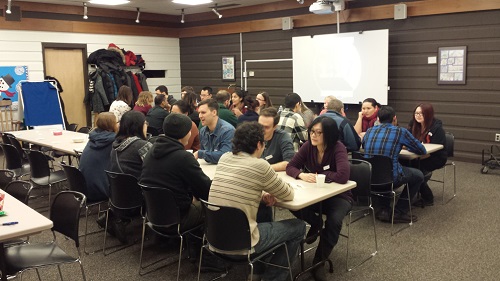 By the end I had 29 attendees in their 20s and 30s at the program! It was such an amazing experience—many attendees were extremely grateful and prompted me to run the same type of program on a weekly basis. Most swapped numbers with their new friends and many were already discussing future hangouts. It was a dream!

The program was supposed to run from 2:00-4:00 p.m., but so many people wanted to stay afterwards to hang out with each other that I extended the program an extra hour. Here's how I did it! 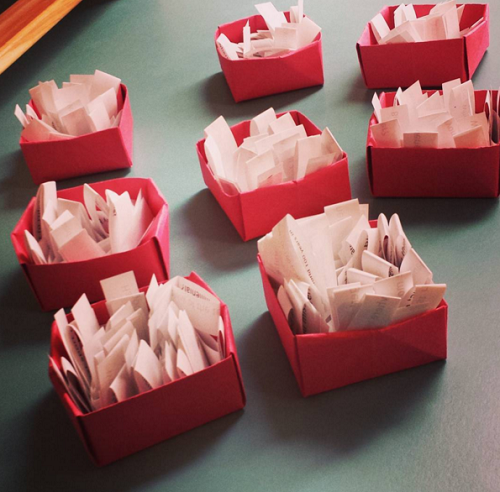 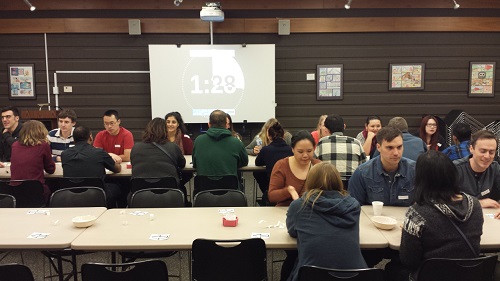 How to Make Sure Everyone Matches with Everyone:

In regular speed dating the men sit on one side of the table and never move, while the women shift over one seat each time. But in that scenario, each person only matches with half of the attendees. I needed everyone to match with each other—regardless of gender!

The way to get around this problem is to have one person sit in the same seat for the entire process, while everyone else shifts one seat over (and ropes around the tables). That's why arrows are necessary: to show people which seat to move to next.

Having an Odd Number of Attendees:

You can prepare for an odd number in three ways: a) step in as a participant yourself to make it even, b) set up one spot with snacks and books or a continuing story or crafts instead, or c) create one trio match station. I decided option c) would be the least awkward and identified the trio spots by placing little stars at the seat. Everyone still moved over one seat each round like usual, but they occasionally found themselves in a trio instead of one-on-one. 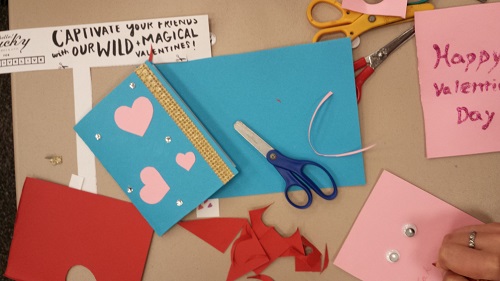 It's going to happen—and it's okay! Have a name tag ready to hand them, and give a quick overview of how it works. They can wait until the next round and jump in. You might have to shuffle the arrows around a bit to make it work, or add a trio station.

Thirty adults having exciting, nervous, get-to-know-you conversations is LOUD. For this reason I would advise leaving some room between the tables. I tried to keep them close together because I wanted the switching between rounds to be as easy as possible. It would've been better to leave some space.

100% of my attendees found out about this program from Meetup.com. If your library wants to do 20/30s programs, it's an important option to explore.

After the Matching is Over

Create some casual hangout time! I put up a couple Valentine's Day Card Inspiration Sheets (and one Anti-Valentine's) and a slideshow of funny valentines cards. I set up a card making station with dollar store supplies: cardstock, glue, glitter, googly eyes and recycled books.

I had planned to play Telephone Pictionary or Mind Readers (instructions on this post) after the matches, in case some people didn't want to make Valentines cards. But after an hour of matches, everyone naturally broke off into smaller groups and started new conversations! I decided that was way better than a game.

This may have been my favourite program ever! My goal was achieved: everyone made new friends and had a lot of fun. It was a risky idea but I'm so glad the library went for it.

Find more great programming and display ideas from Karissa Alcox on her blog Karissa in the Library.