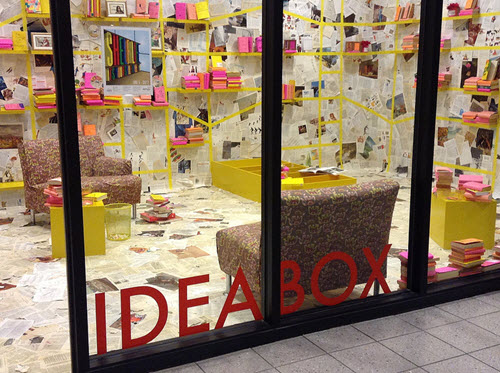 This core question is batted around like a beach ball in a crowd during endless discussions about library funding, staffing, programming, collections … you’ve been there and have likely pondered the question yourself. It came up early in a May 22 webinar, Transforming Library Space for Community Engagement, and (spoiler alert), it turns out that libraries are about all of those things, but mostly about people and their communities. Today’s evolving libraries are weeding collections and rethinking how to give their people the space they need to better engage as community.

The webinar explores the experience of changing the library’s physical space in ways that alter both perception and function. WebJunction Program Manager Bethe Gutsche hosts two librarians whose libraries were selected to pilot a grant from the Washington-based Allen Family Foundation. The grant is designed to explore the evolution of physical space and how that evolution can enrich and create opportunities that connect people with community.

Beth Farley, Head of Information and Reader Services for Bellingham (pop. 82,000) Public Library (WA), shares her experiences conceptualizing and creating SkillShare, an alternative programming space that’s now located in the sweet spot between holds, new books and the self-check that many users never venture beyond. 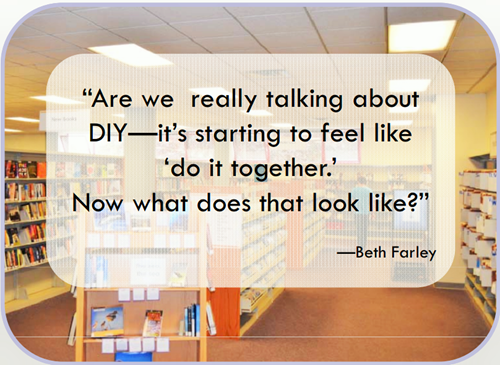 The Everson Branch of the Whatcom Library System (pop 3,000) (WA), cleared out some space to give their community the Nooksack Valley Heritage Center, an experience that led Branch Manager Eileen Shaw to say, “This is small rural community engagement at its most engaging.”

While the outcomes of their space creating are vastly different, Beth and Eileen experienced some common themes during the process.

Reimagining and design are the hard parts

In conceptualizing their alternative programming space dubbed SkillShare, an idea that emerged as part of their current strategic plan, Beth initially reached out to an existing strong relationship with a local office equipment vendor. The library wanted a space with fewer hurdles than their traditional meeting rooms, one that would serve as a venue for community members to present and engage in a more informal setting. The vendor volunteered time and advice, but Beth found the resulting ideas a bit mainstream and office-like.  A local architect heard about the project, offered free design work, and proposed creative solutions that propelled the space transformation.

At Everson, Eileen and staff brainstormed ideas and took them to the community for feedback, but realized they hadn’t yet hit on the one transformational idea that made sense. They turned their attention to a longstanding community focus on local history and crafted the Heritage Center. 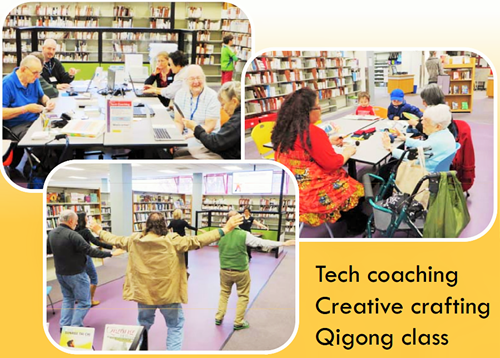 Bellingham culled the adult music collection and 40 shelves of non-fiction to make room for SkillShare. Everson reduced and reconfigured to move things out of the center area, opening traffic patterns and space.  Clearly, the act of opening up physical space can create anticipation and invite the ability to rethink and reframe how it can be used.  It also lightens the load, literally. “Undoubtedly the shelves have heaved a collective sigh of relief after being liberated from too much weight,” says Eileen.

The process of creating space can take longer than anticipated, in part because ideas keep evolving and final decisions often are dependent on others. Beth notes staffing changes and challenges slowed their momentum. “We were committed to developing new partnerships to make SkillShare a vibrant and active space, but that requires time and effort from staff that have other responsibilities. I have to say I’m really proud of the support and interest staff has shown in this project.”

The community rides a white horse and rescues librarians.

SkillShare and the Heritage Center are both true community efforts. Friends groups purchased technology and worked late hours. Architects donated ideas and time. Visionary volunteers emerged and brainstormed. At Everson, a patron overheard the committee talking about a glass dividing wall. A draftsman, he volunteered to draw the plans and stayed on the project to help build the wall. Eileen calls the group “The Glass Walls Conspirators.”

What do you need to let go of to start clearing some space in your library? View the webinar for ideas about your library as a flexible, multi-use space that’s a little less quiet, offers fewer items but more engagement, and centers around an engaged and invested community.

For more details about how these libraries are using their spaces, insights, and before and after photos, watch the archive. And let us know what you’re doing to transform your space.