Self-Directed Achievement on a Small Scale 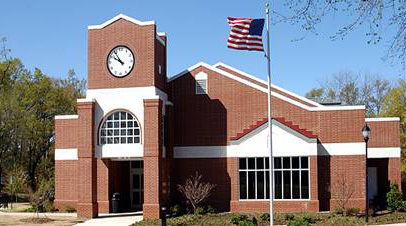 When I first watched Jami Carter's webinar on Self-Directed Achievement (SDA), I was inspired, really inspired, and became an avowed evangelist for the SDA concept. Apparently, I was not the only one. Joan Blalock, branch manager of the Cowpens Library branch of Spartanburg County Public Libraries (SC), was also seeing the light that day. "The clouds parted, the sun came out, and I finally understood how to make [staff training] happen. I know that sounds silly but it was just like that."

Blalock is a self-styled "training junkie" who got her Master of Library and Information Science in her 50s and energetically models lifelong learning. She now directs a "bright young staff" at Cowpens Library. As the smallest branch in the system, there is only one full-time person and five part-time staff. Blalock wants all of them to catch the fever of continual learning.

Although the Spartanburg County Public Libraries system has an "awesome training department" that offers online trainings and an annual staff day, it's just not enough in this era of fast-paced change. "There is so much happening in library land that it's hard to stay on top of it," Blalock exclaims. "I don't have time for people who won’t keep up." 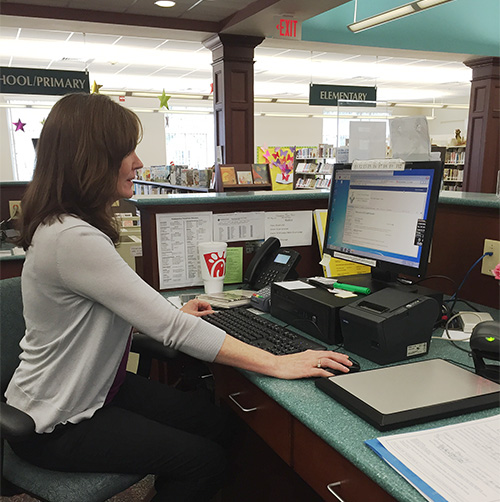 After checking in with Carter (Blalock: "I'm just ripping off all your slides." Carter: "Go ahead!"), Blalock set the plan in motion. She realized the importance of having strong staff buy-in, so she decided to take it slow. She first showed the webinar archive at a staff meeting. Response was lukewarm―"yes, but it doesn't look sustainable." Two weeks later, Blalock fed the staff lunch and presented her plan, following the SDA model of setting a weekly goal that can be accomplished in one hour of learning, aligning it with the Institute of Museum and Library Services list of 21st century skills, and scheduling time during each week to do it.

Blalock was emphatic that she wanted to implement this plan, but she gave it even more time to percolate. At the next gathering, fueled by coffee and snacks, she asked her staff to set some goals for themselves; then she left the room. When she came back, everyone had a list of at least 20 goals. Even better, they were excited to start meeting those goals.

It took about six weeks to get to the point where the small crew could confidently and consistently schedule their one hour per week. Of course there were resistors or "late adopters." One of her brightest and most industrious staff members claimed she just didn't have time to find that hour per week for learning. Blalock's reply was, "I'm giving you that hour, so make good use of it."

Blalock has had "awesome" support from the Spartanburg system's training department, headed up by Meghan Johnson. Johnson has helped to integrate Cowpens branch staff's SDA learning into annual performance reviews, motivating individuals to track and collect their SDA data. 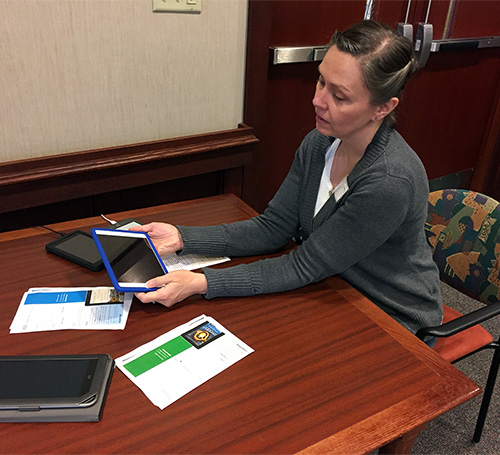 With SDA in effect since spring 2013, Blalock now proudly proclaims, "My staff has the best critical thinking skills in the system! I feel like I'm raising future information specialists." Staff confidence in serving patrons has increased, especially around technology skills. Getting everyone up to speed on e-readers was an immediate visible benefit. With e-readers (Kindle and Nook) purchased by the system's training department, Blalock was able to start a learning lab at her tiny library, where she overhears her team-oriented crew coaching each other. Even the 12-hour/week page seized this opportunity to build skills beyond shelving books. She found online instruction to improve her email and communications skills, and she spent one of her SDA hours reading the Polaris (automated library system) manual.

Blalock is insistent that the size of your library is no excuse not to try SDA—if you really want it to work, you will find ways to make it work. She is spreading the word of success. She packed the room at her presentation to the South Carolina Library Association Conference (co-presenting with Johnson), stirring strong interest in this inspiring and approachable solution to continual learning. From the audience, a bookmobile driver caught the excitement, saying "This is turnkey! I can do this on my own!" How much better to spread the SDA fever throughout the system so that everyone can join together in a powerful learning culture.