For Social Good: Libraries and the Sharing Economy 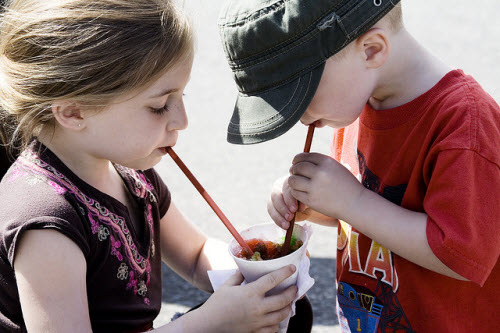 Have you ever wondered what the sharing economy is, and how libraries fit in? TechSoup's July webinar, "Kickstarter, Uber, Airbnb, Oh My! What the Sharing Economy Means for Social Good," offers a good explanation and includes specific examples from both the for-profit and non-profit sides of the issue.

The webinar began with a real-time poll on how many attendees thought they were participating in a Sharing Economy (SE) and 49.2% responded that they were not sure.

The first speaker, Jeremiah Owyang, Chief Catalyst and Founder of Crowd Companies, acknowledged that libraries formed the original model of a sharing economy because patrons share library resources instead of owning them individually. So, the concept is not new. But recent developments such as mobile technology have made it easier to share. He proposes a 'collaborative economy' that operates like a collective by sharing similar goals. He gave the example of a honeycomb model in which participants work together to form a resilient and efficient system. In such a collaborative economy, Owyang says, 6 necessities of life can be shared, viz., goods, food, services, transportation, space, and money. People share them peer-to-peer to access each of these. 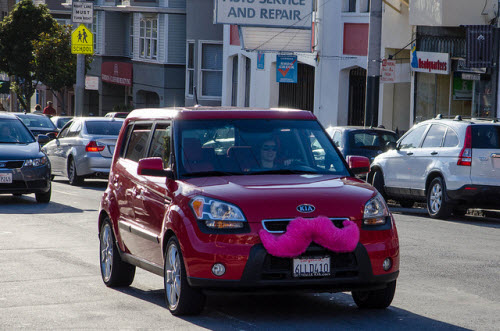 He gave examples of the ways all 6 essentials mentioned above can be shared. For example, used goods can be shared via services like eBay and Yerdle. Organizations like Feastly are promoting sharing food and its preparation; it encourages local homes to open up to visitors and become a restaurant where meaningful living and sharing can be enjoyed. Services like Instacart help share grocery shopping by having assigned people do the shopping for you. E-lance has been around for a while through which people are hired for various services. Transportation is increasingly being shared through services like Lyft and Zipcar that help reduce waste. Sharing space for business and personal events or meetings is possible through services like Seats2Meet. Money can also be shared as people create their own money through crowdfunding, Kickstarter, and Lending Club. 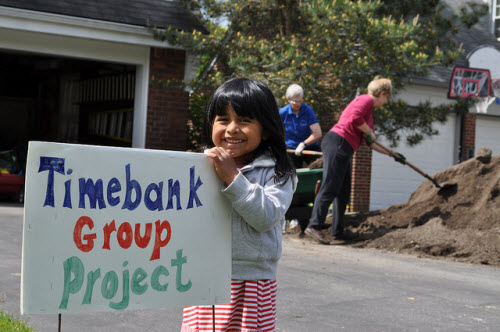 The second speaker was Janelle Orsi, Executive Director of the Sustainable Economies Law Center. She discussed how a Sharing Economy can be of 4 different levels. Level 1 is a casual and spontaneous, often one-time basis sharing system in which people share a ride or ask and do favors. At Level 2, people make plans and agreements, such as agreeing to support an urban farm by purchasing produce. At Level 3, organizations are formed, such as TimeBank, Food Co-Ops, and Co-working space. At Level 4, there comes into being a universal system of provisions, such as Universal Health Care, Social Security, and public universities which provide economic security. Before concluding her section, Janelle suggests a "commons" system to manage a sharing economy and says nonprofits and co-operatives are ideal for such managing platforms.

The third and final speaker was Jose Quinonez, CEO and founding Executive Director of Mission Asset Fund. He discussed how he has created a network of "lending circle" providers across USA as a solution to the low income situation of Latino families. In his micro-credit system, by leveraging technology, people come together to pool in their money and lend to each other as well as borrow from each other. Such a platform will ensure that 100,000 underserved people are relieved of financially stressful situations. Tools such as smart texting and e-learning technologies can be utilized for financial education and management of finances.

Jeremiah stated at the very beginning that libraries were the first to engage in a sharing economy because all resources are shared and not owned by the users. For years libraries have offered books, magazines, and now digital resources to be shared by patrons. The relatively new concept of sharing economy is now being utilized by libraries by creating innovative services to reach out to people and offer shared experiences. Different kinds of makerspaces in libraries help patrons of all age groups share resources and build new things. There is less waste and less strain on individual budgets because each patron does not need to buy the materials and find space in their homes to build these things. Children find a common place to have fun and learn new things. Moreover, the shared space of a library allows people in difficult stages of their lives find meaning things to do. For example, in a Ted Talk, Pam Sandlian Smith discusses her experience with a homeless boy who planned and put up a story-time event in her library. So, the young boy was able to use a shared resource to create a fun afternoon for children his age without having to dip into his limited resources. The Kitchen Library in Toronto, for example, helps patrons borrow appliances which they otherwise would have to buy. This ability to share often expensive equipment illustrates libraries' active participation in the sharing economy. Many libraries host health awareness programs which helps patrons access shared resources critical to their well-being. So, goods, services, and space are shared actively by library patrons.

In Janelle's words, a new American Dream consists in sharing resources by creating a sharing platform and, by building the technology, create a culture of sharing and social good. Libraries have been engaging in the new American dream for a long time. It is indeed a good development that other organizations recognize that sharing is essential to doing social good. Possible partnerships between such organizations and libraries could lead to newer ways of providing access to shared resources.

Interested in learning more? You can check out the webinar yourself, including a complete archive, slides, audio, and other resources, on their webinar archive page.