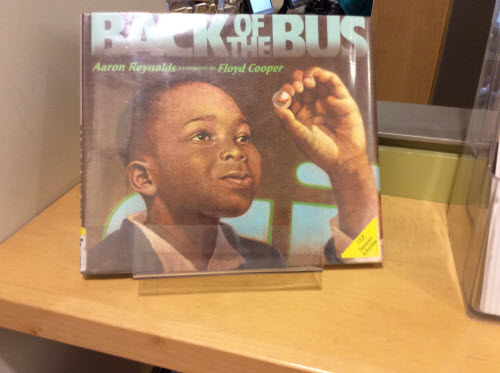 With the tragic shooting this week in Charleston, many of us were left wondering what we can do, as individuals, and as libraries, to respond. Suzi Wackerbarth, a children's librarian at the Carnegie Library of Pittsburgh, posted what she did, to the Storytime Underground group on Facebook. Here is the poem that she wrote for the five year old who played dead and survived the shooting. Suzi also shared with us these photos of the display she created at her library.

I can’t do much
I shelve books.

I can’t just fly on my magic carpet to Charleston
To bake some cupcakes.

So I do this:
I take down all the books on display.

Now
Every displayed book has
an ebony face,
Or faces that seek justice

(Including one on online bullying
Which has a white girl with blonde hair
On the cover.) 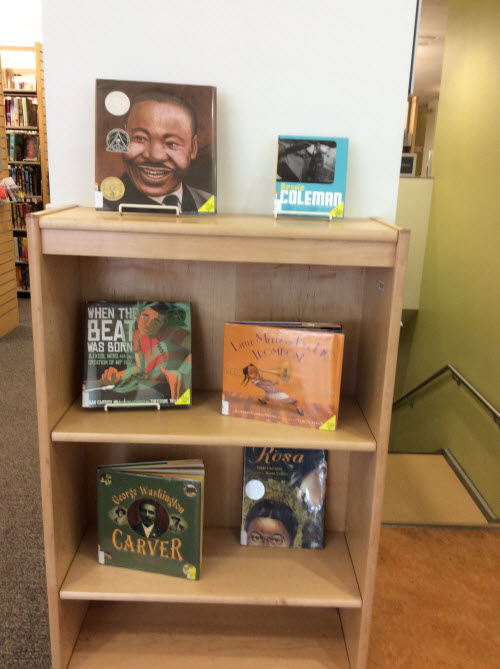 Biographies:
Rosa
Martin
Bessie (the pilot, not the singer)
Obama’s book to his daughters

I ran out of room.
But when these books
Check out,
I have more:
Sonya the Hispanic Supreme Court Judge,
Clemente the Pittsburgh Pirate.

Even the Pigeon is seeking justice,
as misguided as he might be. 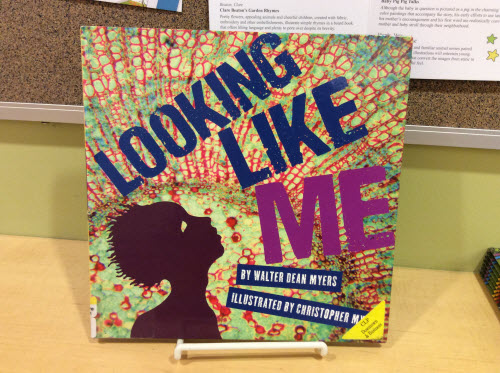 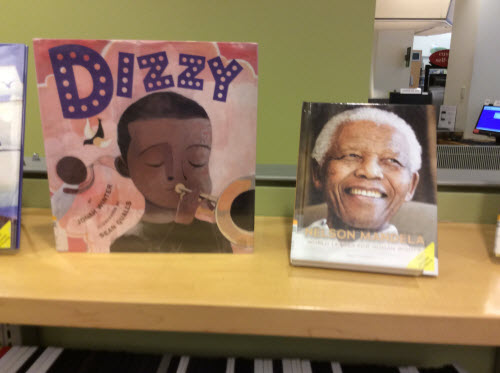 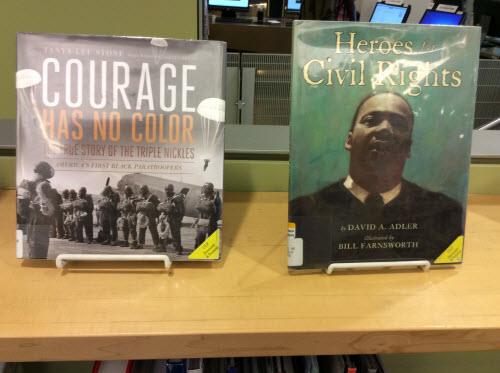 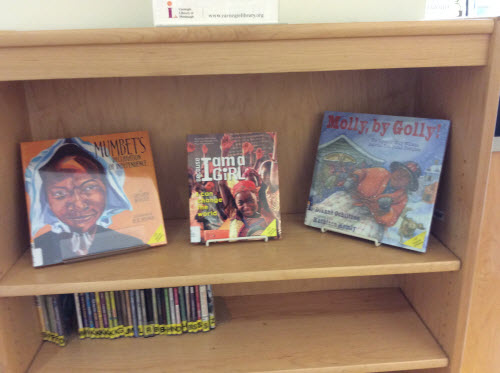