Carrying with them more trauma than possessions, over 4.8 million people have fled war-scarred Syria since 2011.1 One Refugee Child is one of the many organizations attempting to meet the copious needs of these refugees. Here Claire Meier, Director Projects, Turkey, shares One Refugee Child's story and its latest endeavor Project Bright Future: Libraries. Visit the website to find out more about the project and how you can support it.

Growing up, if I got into trouble, I didn't get grounded; I had to shelve books at the library where my mother worked. I'm sure there are some people who really enjoy shelving, but as a teenager I did not. The high degree of attention to detail and the constant running through the alphabet made me think twice about whatever I had thought was more important than following my parent's rules. 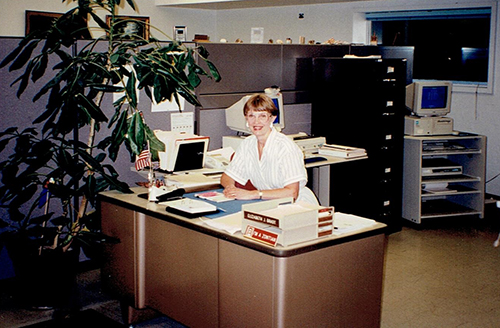 While the Washoe County Public Library in Reno, Nevada, was a place of punishment, it was also a place of joy and pride. I enjoyed other work I did there as a willing volunteer. I learned to repair books as well as the intricacies of all the varied services and different patrons a city library had to cater to. I was very proud of the work my mother did there as well as the other libraries where she had worked. She was always a librarian and filled me with awe both about what books and reading can do for a person and for the hallowed halls that provided the needed resources.

It's been a while since my older sister and I played "library" at home, cataloging our books and checking them out. My mother has since retired, but whenever we visit her, we all visit the library, now including her grandchildren.

Having my own child opened up a new dimension of reading for me as well. When he was little, there was nothing more sweet then the bedtime story. The whole ritual of love and the sound of reading—maybe the same book over and over again—out loud reminded me of the bedtime stories with my mother. I think I might be in shock when I have to read The Lion, the Witch and the Wardrobe to my son versus having my mother read it to me! Now that he is older, books also play a large part of his learning. He's still young enough that he shares all the interesting things he learns, and the books he reads have changed from simple adventures to include historical accounts and scientific inquiry books.

All these things that seem so normal and part of my everyday world began to seem enormous and unbelievably important when I started my work with the non-profit One Refugee Child. In late 2015, a friend and I were struggling to digest the horrible news and images coming out of Greece. The sheer volume of people and children suffering beyond belief, as they tried to escape war and violence in Syria and elsewhere in the Middle East, arriving in a generally unfriendly Europe, tore at our hearts.

We saw these children and thought about our own children. It was hard to fathom the absolute desperation that forces you to risk your child's life to try to reach safety and have some sort of future. We racked our brains to think of what we could do to show some kindness and provide comfort knowing that efforts to stem the war itself were out of our reach yet wanting to do more than contribute to a large non-profit.

I was very touched by a photo essay from Magnus Wennman titled Where the Children Sleep, and we joined another woman in raising money to purchase strollers for babies in Greece. These strollers became instant beds off the ground and a way for parents to free their arms and ease their journey to safety. These strollers kicked off the formation of One Refugee Child as it stands today.

Since then, One Refugee Child has raised more than $40,000 and distributed boots, winter coats, hats and gloves as well as blankets in Turkey. We are raising money to build a playground in Lebanon at the Malala Yousafzai All-Girls School for Syrian refugees in collaboration with London-based design studio Catalytic Action and Lebanon-based educational non-governmental organization Kayany Foundation. We also continue our early work handing out strollers in Lesbos, Greece, and have now distributed more than 400 strollers! 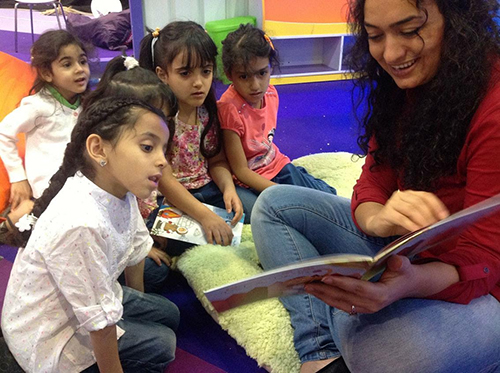 We have one more project currently. It's not the most obvious item you think of when you think of aid to displaced children or a need in a crisis situation. One Refugee Child believes that comfort, compassion and kindness extend from blankets and strollers to helping children learn and grown.

We are now raising money to buy books to fill school libraries in and around Istanbul. These schools have sprung up to serve the refugee population in Turkey. The benefit of stocking these libraries with books are many: the books give these children the opportunity to get lost in the story, let their imaginations run wild and escape the day-to-day, as well as possibly dull the memory, if only temporarily, of the horrors of war and violence that they've experienced.

At the same time, we can all recognize the importance of developing a love of reading for a lifetime of learning. We want books to help these children get back into the education that was suspended amidst the violence and upheaval of their homeland. We want to help these children back on the path of their childhood and to all the learning and fun that should entail.

Another great non-profit in Istanbul, Small Projects Istanbul, introduced us to Samer al Kadri who owns Pages Bookstore and Café and Bright Fingers Publishing. Together we are helping to bring books back to these children. Al Kadri helped us pick the 30 schools where we will send our books, which will reach approximately 9,000 children. Pages and Bright Fingers will also help us source the bundles of books we are sending. We have targeted 150 books per school; 50 each in English, Turkish and Arabic. These books will cost roughly $700 a bundle.

We are, as of June 12, 2016, sending our first bundle. We are excited to fill these libraries and give these children the same chances they had before war and violence forced them to flee their homes. We want them to take the same pleasure in reading amazing adventures and escaping into the stories to all corners of the world and all periods in history and the future. We want to instill that love of reading that will serve them no matter what path they take later in life. I used to take books and the joys of reading for granted, never knowing how much effort my parents expended to introduce me to all that a library can do for a child.

Top: The author's mother at work at the Washoe County Public Library in Reno, Nevada.

1. As of June 2, 2016, according to Syria Regional Refugee Response, source United Nations High Commissioner for Refugees and Government of Turkey.