Minecraft and Water Buffalo: A Diversity of Stories 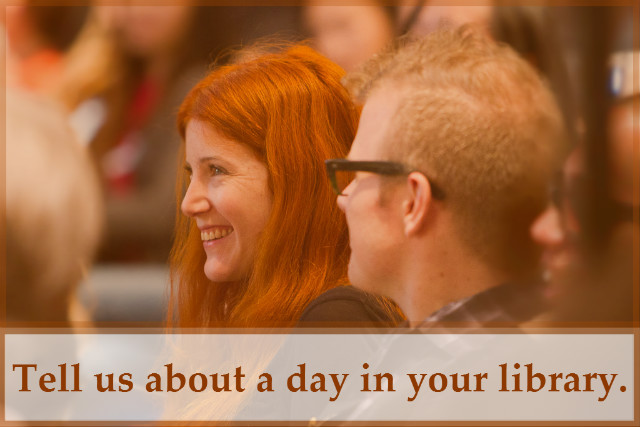 Back in January I wrote about some of the great work we had done in 2013 and some of our plans for 2014. One of those plans was to emphasize great stories coming out of the library community, and to that end we completely redesigned the Share Your Story section of our site to make it easy for library staff to share their stories with us and each other. Since then we've highlighted a number of great library stories from authors in the community.

In addition to these complete articles, we also received some shorter submissions via the Share Your Story tool that I'll include here. In fact, for the time being (until submissions become so prolific that it is no longer feasible), I will produce a monthly article to highlight these stories that are being shared with us. If you'd like to see your story here, simply go to the Share Your Story section and fill out the simple form. Stories can be as long or as short as you like but should relate to libraries in some way. 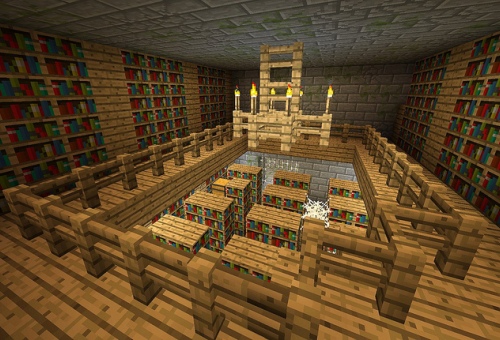 Summary: My library is just about to roll out a grant project I developed through the California State Library's Pitch an Idea LSTA grants. The project is called Coding Camp for Kids: Minecraft Mods. It teaches kids, ages 11-14, the basics of the programming language Java by leveraging the popularity of the game Minecraft.

Story: The goal of this project is to create a replicable program that effectively demonstrates the essential aspects of the software development process to middle-school children. Creativity, problem solving, collaboration, communication, logical analysis, and of course actual coding are skills that participants will learn through hands-on modification of the source code behind the virtual reality game Minecraft.

Minecraft is a virtual reality game that allows players to build, explore, and interact in a 3D world-- gathering resources, crafting virtual objects, and engaging with other players. Minecraft is an open world game that has no specific goals for the player to accomplish, allowing players a large amount of freedom in choosing how to play the game. If you are not familiar with the game, it is like a limitless set of legos. Players can build anything they can imagine—even designing their own bricks. Game play can range from a solo building activity in a private space to collaborative building with other players to designing strategic battle plans and tools for engagement with fellow gamers.

Minecraft is an ideal platform for this program’s purpose because it is analagous to a "hot rod" within 21st century technology instruction. It is a highly popular game, especially so among the middle-school age group. In the same way that generations of 20th century teens were highly motivated to learn automotive technology because they wanted to drive fast, 21st century pre-teens are highly motivated to internalize computational technology because they want their Minecraft avatars to have the coolest gear, the most effective mining tools, the most innovative creations.

Like the mid-20th century automobiles beloved by hot-rodders, the Java code running Minecraft is easy to modify and is universally adopted to serve millions of uses around the world. By teaching the skills of "souping up" Minecraft, this program will help kids practice real-world skills that are highly desired by fast-growing tech firms hungry for software-savvy talent.

The Coding Camp for Kids is a week-long program that teaches kids, ages 11-14, the programming language Java, by leveraging the code modification capability in the very popular game Minecraft. Participants will be issued library-owned laptops, loaded with the game and the editing software, to use during the 3-hours that the program is in session daily. One instructor and an assistant will guide participants through the basics of Minecraft, and will then begin exploring how objects are created within the game using Java.

Our first three sessions are rolling out in March, April, and June of this year, and have already been filled to capacity. Now I'm scrambling to find ways to make more sessions available to meet the demand. 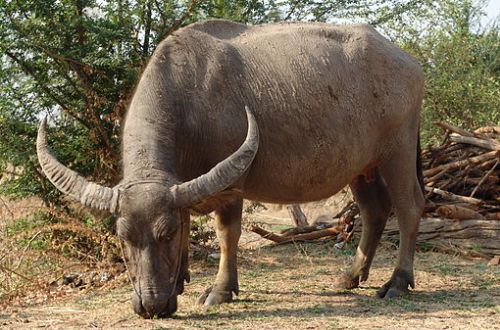 Summary: Some time ago, my library implemented a moving library by purchasing a water buffalo to carry books in the neighbourhood to spouses and children of staff employed at the university here. This helped to portray the library as a moving service and not only confined to a building.

Story: A staff trained to handle the beast would go out with the animal once a week with books stacked at its back. It was hilarious at times when the buffalo got excited by screaming children and bolted off leaving the assistant puffing and panting behind in pursuit of the frightened animal.

This idea may be advisable in a rural setting with experienced handlers.

Summary: Like Kevin Kline's character in "El Dorado," who only felt at home in a good saloon, a room or building full of books just feels that way to me.

Thanks to everyone for sharing their stories with us. If you have a story to tell, short or small, please pass it along. We would love to share it!