The Knight News Challenge on Libraries will launch on February 24, 2016, and offers applicants a share of more than $3 million for ideas centered on libraries as they transform to accommodate the evolving needs of their communities. The challenge is an initiative of the John S. and James L. Knight Foundation, which recognizes that libraries have the power to connect people and ideas, and build stronger democracies.

This year's focus is on "How might libraries serve 21st century information needs?" and is an open call for ideas focused on advancing libraries to better serve individuals and communities in the 21st century. With the kick-off just around the corner, WebJunction is hosting the free webinar 2016 Knight News Challenge on Libraries on Thursday, February 11. Whether you have an idea in mind, are looking for inspiration or are simply curious about the News Challenge, the webinar will provide an opportunity to learn more and discuss potential ideas. 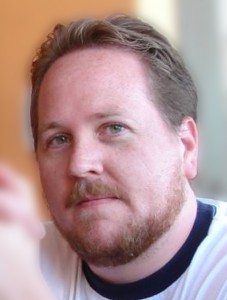 During the webinar, Chris Barr, Knight Foundation Director of Media Innovation, and former library challenge winners Jason Griffey (pictured at left) and Jenica Rogers, from Measure the Future, will lead the discussion on emerging trends in the library space, answer any questions you may have about applying, and share how you can contribute to the challenge. Last year there were 676 ideas that were honed to 22 finalists; learn how the process works and how to stand out.

This is the second Knight News Challenge on Libraries; last year eight winners received investments of $130,000 to $600,000, while 14 early-stage ideas received $35,000 each through the Knight Prototype Fund, which helps innovators take media and information projects from idea to demo.

Winning projects varied in scope and subject: The Library Freedom Project provides libraries and their patrons with tools and information to better understand their digital rights by scaling a series of privacy workshops for librarians. Space/Time Directory from the New York Public Library works with local communities and technologists to turn historical maps and other library collections into an interactive directory for the exploration of New York across time periods.

"We invite people to come to the library, meet face to face, in a small group five to eight people, and then take an online course together. We started thinking about the library as a potential partner in this and it was such a nice combination to realize that the librarians were really passionate in playing a role in the online learning space," said Philipp Schmidt, Peer 2 Peer University co-founder, during a panel at the American Library Association (ALA) Midwinter meeting in January.

You can read about all 22 projects from last year on the Knight Foundation website, and watch a video of the ALA panel where first-year recipients provided project updates.

Sign up here to join the WebJunction free webinar 2016 Knight News Challenge on Libraries on Thursday, February 11. And if you took part in the challenge last year—winner or not—we invite you to join the webinar and share your experience in the chat portion of the session.