Community Engagement and Staff Development at All Levels

A Geek the Library Q&A with Mary Stein 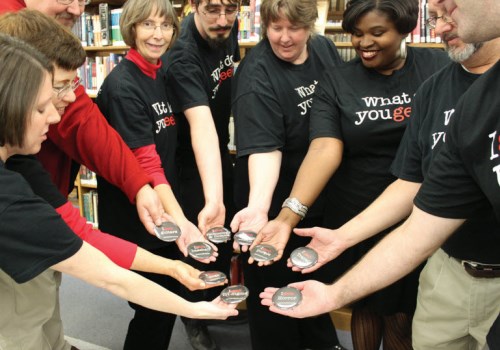 Mary Stein, assistant director of East Baton Rouge Parish Library (EBRPL), discussed her successful Geek the Library campaign. "It's such a powerful campaign, to have laid it all out there for us," Stein told the audience. "This is the campaign we wished we had thought of; it speaks to all people and works for any kind of library."

Stein spearheaded the library's campaign, which launched in October 2011. EBRPL system includes 14 locations with a staff of more than 500 and serves a population of nearly 450,000. At the time, the library was dealing with a polarized community, negative media coverage and a staff stretched to capacity. Mary said the Geek the Library campaign offered a perfect way to connect with the community in a neutral way — and with it, library messaging focused less on policy or politics, and more on an institution that is open to all.

Stein said the staff and community were struck by the clean and crisp design of the campaign and everyone "got the geek theme, and it reconnected many to the library." The campaign rolled out to every location, staff members were involved in the planning and 'geek' became the theme of every library program. Staff created a special Geek the Library-themed week, designed specific displays and programming around 'geeking', and wore customized t-shirts and buttons.

According to Stein, the campaign gave library staff an opportunity to focus on internal, as well as external customers, because the campaign's design encourages a different type of staff and patron conversation and more community outreach. "The Geek the Library campaign was the perfect ice breaker for staff to reach out to patrons," Stein said. "We noticed immense change in staff ability to reach out to the community because they had the marketing tools and were more comfortable with reaching out to community members." 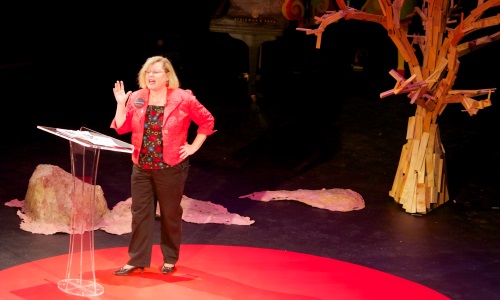 Even Stein experienced growth and change through the Geek the Library experience.  She called the campaign "a wonderful vehicle that opened doors to me, especially in the business community." And it opened doors on a state level. Earlier this year, Stein was invited to speak to at a TEDx LSU event at Louisiana State University.  Using the Geek terminology as her theme, Stein presented with passion and humor, and she was a hit. "I would never have been asked to do the TED talk if it weren’t for Geek the Library," Stein said.

Stein’s passion and humor are equally evident during the webinar and she answered attendee questions about cost, staff involvement and more.

To learn more about the Geek the Library campaign at East Baton Rouge Parish Library, check out this case study.