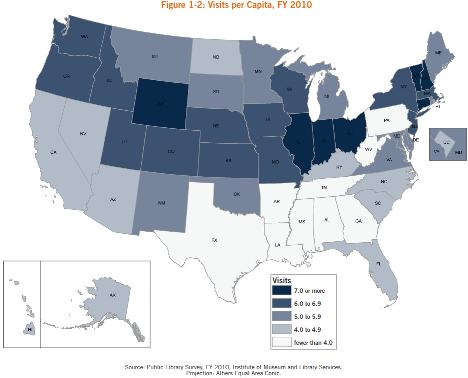 For those of us in the library field it's probably not surprising to hear that libraries, faced with cuts in revenue, staffing, and service hours, nonetheless saw an increase in their circulation, programming, and computer use statistics. The Institute of Museum and Library Services, better known as IMLS, recently released their Public Libraries in the United States survey, which includes library activity from the 2010 fiscal year.

Highlights from the IMLS report include: